This is worth a read. In current news, France has large military sales to Saudi Arabia, Russia and India. Against this background, it’s hard to ever see a united foreign and defense policy from the EU.

Meanwhile, thanks to the new, hard-left, leader of the UK’s Labour Party, Jeremy Corbyn, the UK is losing military sales of billions of Dollars. 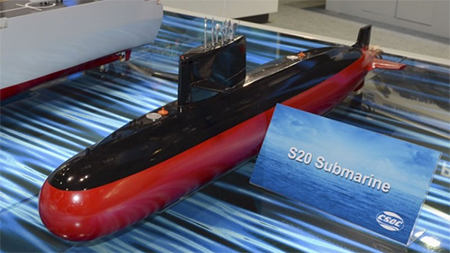 The following is based on a translation of a report on a Chinese news site:

A report in huanqiu.com quoted a report in the Pakistani Tribune News Network that China and Pakistan concluded a contract this week with China to export eight conventional submarines, worth several billion US dollars, to Pakistan.

Pakistan is reported to be importing the Chinese submarines to deal with the French Scorpène-class submarines that India will import.

A retired Pakistani senior official was quoted as saying that the contract is worth US$4-5 billion.

Pakistan is to make payment in 4 instalments, while the subs will be delivered one by one in the coming few years.

The sub China has sold is its S20 submarine, an export version of China’s Yuan-class submarine.

According to Jane’s Defence Weekly, the S20 is 66 meters long, 8 meters wide…